Fresh products of this week 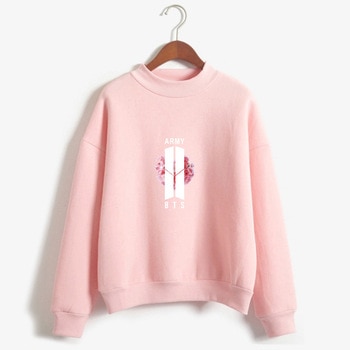 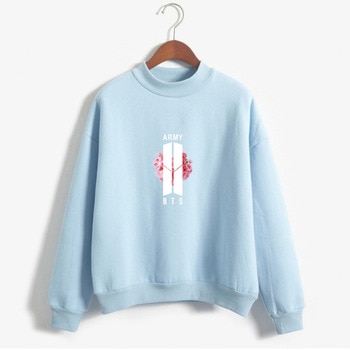 BTS is a seven member boy band which produces music in genres like Hip Hop, R&B, EDM, and K-pop. The band originated in Seoul. During the initial years, the band mostly functioned as a hip hop group. However, over the years, it has evolved to produce music in all these genres as well.
The debut of the band was only in the year 2013, even though it came into existence in the year 2010. The band gained a lot of accolades to their name. In recent years, the band members have been gaining a superstar status as well. One of their latest album Map of the Soul 7 has expanded their popularity even further.
Now that you are aware of the band and what exactly they have on offer, let us look at what made them so famous.

All you need to know about BTS

BTS is a boy band that also goes by the name of Bangtan Boys. It is a seven-member South Korean band. It has been around since 2010. Over the years, it has gained in terms of popularity and fans significantly.

The popularity of the group is such that it has completed many world tours as well. That is why BTS Merch has become famous all over the world. Before you think about buying merchandise, it is essential to look at the details of the band and the various band members to understand more.

Why are they so popular?

There are numerous reasons why BTS has become so popular. Some of these reasons include:

• K-Pop, as a genre, has grown tremendously over the years. Since BTS was at the forefront in this niche, their popularity has grown by leaps and bounds.

• BTS relies heavily on online promotion and online fans to make their music popular. They have been number one on iTunes in more than 65 countries in the past. The band’s subscriber count on YouTube alone is over 14 million. Their online strategy has paid rich dividends.

• All their music has superb choreography. The slick dance moves have made them viral all over the world. BTS, as a band in the past, has stated that they used to work 12 hours a day or more to perfect them. Thus, their choreography works in their favor

• BTS has, over the years, built a loyal fan following. In addition to YouTube, they have over 17 million followers on Twitter and over 14 million on Instagram. Their fans certainly help them spread their music.

The blend of all these factors has made BTS not only quite successful but famous as well. Moreover, since they experiment with genres as well, they gain a higher amount of attention from fans from other genres as well.

Now, we will shed some light on the BTS army and the individual band members to help you know more about them.

What is the BTS army?

BTS ARMY is the collective name of their fans. ARMY, however, stands for Adorable Representative M.C for Youth. The group up was established in July 2013.

Ever since then, it has procured members from all over the world. The recruitment for it happened in 2014, 2016, and as recently as 2019. The ARMY plays a vital role in making the music of this band even more popular.

Let us look at the individual band members to understand more about them.

Kim Seok-jin is known only by his stage name of JIN. He is the singer and also the songwriter for the band. He has become famous not only due to his music but also in confidence and looks. He is the oldest member of the music band. He is often known to be the face of the band and therefore known as Worldwide Handsome.

Kim Nam-Joon is the leader of the band. His stage name is Rap Monster. He loves rapping and started as an underground rapper. In the past, he has also collaborated internationally like in the year 2015, with American Rapper Warren G. he is well versed in English, Japanese and Korean. That is why; he can seamlessly interact with the band fans.

Min Yoon-gi, also known as SUGA, is a songwriter, record producer, and rapper. He also works as a solo artist. He released his first mixtape named Agust D” in 2016. He was also the recipient of the fifth-class Hwagwan Order of Cultural Merit in October 2018. He got this award by the President of South Korea. His solo work, along with his contribution to the band, has made him immensely famous.

Jung Ho-Seok is a rapper, dancer, record producer, and songwriter. He dons many hats as compared to other band members. He made his band debut in 2013. He also launched his first solo mixtape in the year 2018. The mixtape went by the name of Hope World. It also garnered him a lot of fame.

Park Ji-min, also known as JIMIN, is a Singer, Dancer, and Songwriter. He performs as a dancer and a lead vocalist in the band. He had the distinction of being ranked as the 14th preferred idol. In 2017, he came at the 7th spot, and in 2018 he ranked at number 1 spot. This speaks volumes about the popularity of JIMIN. In 2018, he also held the distinction of the 9th most tweeted celebrity in the world. In the year 2019, he was a recipient of the plaque of appreciation from the Cultural Conservation Society. With so many accolades, he is arguably one of the most popular band members.

Kim Tae-Hyung is often known as V. He is an actor, record producer, songwriter, and singer. He performs as a vocalist in the band. He made his acting debut in 2016 in the historical drama, Hwarang: The Poet Warrior Youth. Also, his first solo track released in the year 2019, Scenery. With many feathers to his name, he is one of the most popular band members.

Jeon Jeong-Guk, also known as JUNGKOOK, is one of the youngest band members. He performs as a singer, songwriter, record producer, and dancer. He dons many hats like a lead dancer, center dancer, vocalist, sub-rapper, and a maknae. His first solo release, “One Dream, one Korea,” released in the year 2015 with great appreciation. Arguably, he is the most versatile band members.

The individual band members, as well as the music of BTS, have made it one of the most famous bands in the world. The band is gaining an immense following online as well. At the same time, if you are a fan or like their music, you can explore BTS merch options as well. If you haven’t experienced the music of this band, now is the time to do so.